NEW releases in the Chorillan Cycle: BY FIRE AND STARS and CHORILLAN, SF adventure.

Oaktara Publishers has released the third and fourth books in Michelle Levigne's Chorillan Cycle: BY FIRE AND STARS, and CHORILLAN. Available in print and e-book formats.

What are they about? 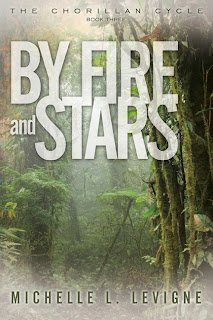 The Chorillan Cycle takes place in the Commonwealth Universe series of science fiction books, in what is termed the "present era." In the first two books, AZULI EYES and SCOUTS' PRIDE, we visit the colony world of Chorillan, meet Scout Captain Ian Fieran and his team, Miranda Riallon, a teacher, and learn about the mystery of Phase that drives children into the wilderness with sensory overload. Then, years later, Miranda dies of the same wasting illness that killed her father, and Ian returns to the Scout Corps, taking their daughter, Kay'li, with him to protect her from Phase. Kay'li grows up among the Scouts, learning to be a hero and to fight for what is right.

In BY FIRE AND STARS, we return to Chorillan, where Lucas Aidan, Kay'li's best friend, goes through Phase. His parents try to hide the truth and keep him hidden until Phase has passed, because of the prejudice and fear directed at Wildlings, the victims of Phase. A terrible accident separates Lucas from his family and he flees to the wilderness in fear and pain. He stays out there through two winters, longer than any child has survived -- or so the authorities think -- and learns about Chorillan from the Azuli. When he is finally captured and forced to return to civilization, he has a mission and a duty, given to him by the Azuli, other Wildlings, and Fi'in. Will he succeed? 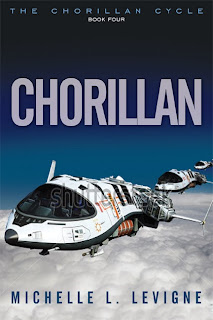 In CHORILLAN, Kay'li returns to Chorillan leading a secret Scout team to investigate the truth about what causes Phase, who is generating the unreasonable fear and hatred of Wildlings and why, and bring justice to the colony. She and Lucas team up for the adventure of a lifetime, just as they had dreamed and vowed to each other as children -- but this adventure could cost them their lives.