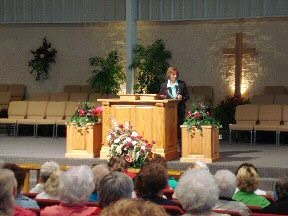 I've been going through some old files trying to clean up and reorganize my computer. Trust me, it's worse than spring cleaning! But I have run across some interesting essays and vignettes of life that I've written and scattered about in my computer's memory. Here's one from 2007 that might bring a smile to those of you who have a speaking ministry as well as writing.

A few months ago I contracted to speak at a ladies retreat in a nearby state. Since it was a five hour drive and my husband has “semi-retired,” he offered to drive me to the campgrounds where the retreat was being held. It was a beautiful spring day and we had a wonderful trip.
As we pulled into the campgrounds, we noticed a huge building in the middle of it. I thought perhaps it was a large indoor gymnasium or track and field house and wondered at the organization that could afford such facilities.
As we got out of the car, I asked someone where registration was.
“In the tabernacle,” she said and pointed in the direction of the large building.
Tabernacle? In the process of planning, I never thought to ask how many women might be in attendance. My experience had been with groups of 100-150 and I assumed this would be the same.
I opened the door to an auditorium with seating for 2,000. The stage that stretched across the front was bigger than my backyard. I gulped, composed myself, and walked forward to introduce myself to the organizer of the retreat.
“So,” I said after we got acquainted, “you never mentioned how many you expected.”
I held my breath.
She looked around the room and replied, “Oh, about a hundred, I think.”


“That’s a nice number,” I replied and turned to look at my husband who was still standing in awe at the door thinking his wife was going to address 2,000 women. I let him down gently. 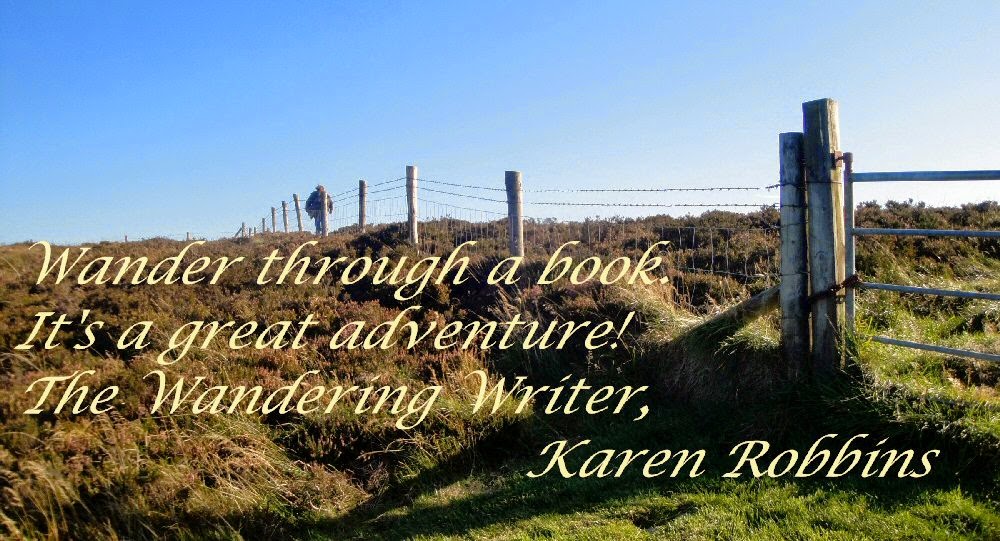 Posted by Wandering Writer at 12:30 AM No comments: 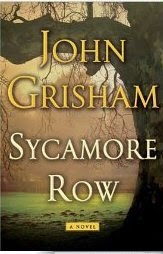 Are you a reader? I am. I don't think there are many writers who weren't readers first. I read about a book a week and keep a list from year to year because, let's face it age aside, I never can remember all the books I"ve read except for the ones that really stood out like Gone With The Wind.

An interesting thing happened to me as I was reading John Grisham's Sycamore Row last week. I was reading more for pleasure than anything else but suddenly something got my attention. I think I actually heard a click in my head. It was when Grisham moved his story from one scene to another. There was hazy light filtering through blinds and with the obvious break from one scene to another, my brain decided it was morning and I was expecting the characters to be rising from their bed. But then he hit me with something that made me realize it was afternoon. I can't remember what right now--should have marked it. In my head the picture he had painted with words suddenly shifted. I adjusted but it did something to the continuity of my read.

It reminded me that I need to go back and see if my shifts from one scene to another are such that there is continuity. That my reader can easily place herself there not only in physical surroundings but in time. What sounds, sights, smells will lead her to picture in her mind the scene I'm creating without drawing it specifically in words. My job is not to confuse but to allow my reader to intuit the scene in her head, to create a picture that my words have painted.

How about you? What kind of tools do you use to produce scenes? How do you keep those descriptions from detracting from the story? Does your reading of others' books improve your writing?
Posted by Wandering Writer at 1:20 PM 6 comments: 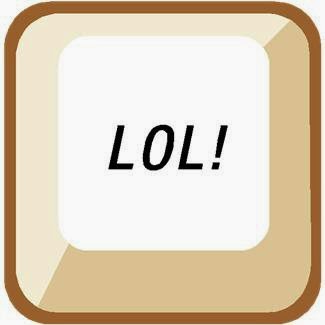 I'm not typing much these days. A broken wrist has slowed me down. But here's something from the past I can copy and paste:

This week has been a bottom-in-the-chair-fingers-on-the-keyboard kind of week. While it has been said that you should write the first draft of your novel straight through to the end without looking back and editing, I find that the editor in me keeps wanting to fix what I've just written. I go back and find the -ing words and make them stronger action verbs, eliminate the unnecessary -ly words, and see if there isn't a better way to say something without a "was" or "were" in the sentence. It all takes time and slows the process but it's a tough habit to break.


While I was praying one day this week during devotion time, I found myself editing my words. I wanted to make them just right. Habits tend to invade other areas of life. When I realized what I was doing, I stopped. For just an instant, I thought I heard a chuckle. God must have enjoyed my discovery. After all He is Father, and as children of His, I'm sure we contribute much to his laughter.
Posted by Wandering Writer at 8:59 AM 1 comment:

Careful Or You'll End Up In My Novel 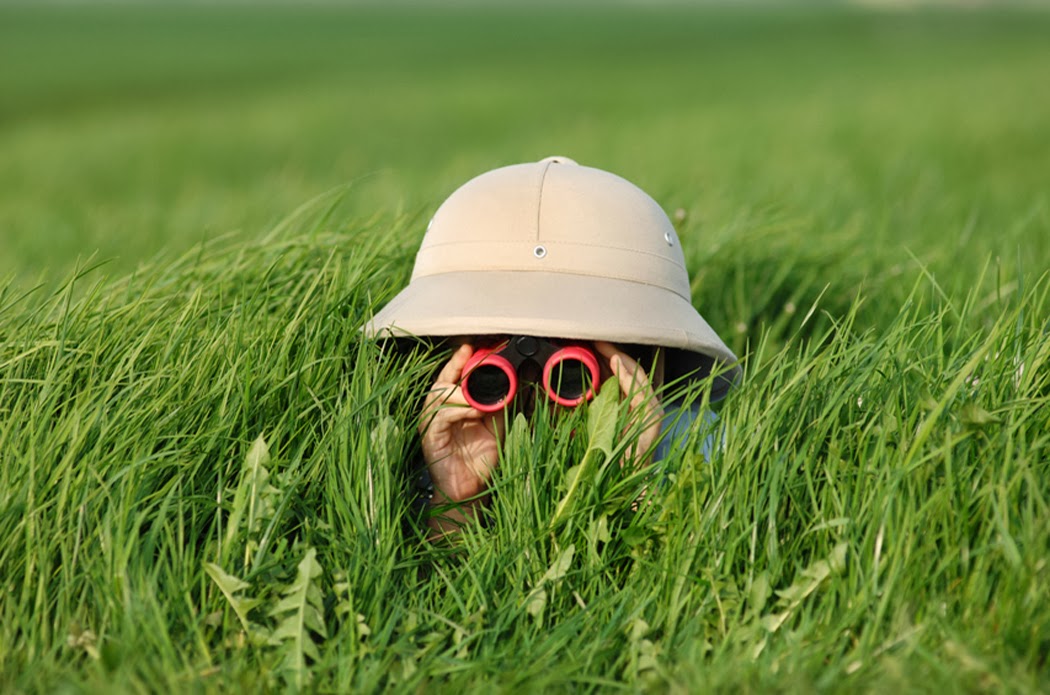 That's what my T-shirt reads that was given me by my nieces who also came up with a pair of sweatshirts for my husband and I that are Christmas themed. One says "Nice", the other "Naughty." While my T-shirt warns those around me to be wary of my observing them, I usually don't wear it when I am truly people watching. And people watching helps develop my characters.

Sitting in a restaurant the other night, I noticed two women sharing a plated dinner (the servings were huge so I could understand why). They didn't appear to be a couple, maybe just girlfriends out for dinner. Then I heard one say something about Dad being worried and I guessed sisters. The one who looked just a bit younger was listening to the other and in her body language, I could tell she was nervous or uptight about something. I wondered why I perceived that.

I studied them a bit more and decided that the young blonde was sitting a bit stiffly with her hands stuck between her knees under the table as if her hands might give away her nerves. She was also slightly hunched at the shoulder. Perhaps it was the posture of one who's been lectured by an older sibling before. I could not detect any animosity in her expression. Either she was good at hiding it or there was none--just nerves about what was being revealed.

How would I put this into words if I needed to? I began to run the words in my head that fit my observations. Looking for more things that would convey to a reader what I was observing. After that exercise,  I could begin to project all sorts of ideas of what they could be talking about. Plotting a step mother's demise? Working for two different government agencies and suddenly discovering a cover up in one? Or maybe one was planning a wedding for the other?

Please don't tell my husband that I'm working while we're out to dinner. He thinks I'm just enjoying a night out--and I am. Just not in the same way he might think I am.

Do you people watch to gain insights into characters? There is lots to be gleaned.
Posted by Wandering Writer at 5:01 PM No comments:

The third book in the women's fiction series, Quarry Hall has just been released: KATHRYN.


Kathryn's retreat for relaxation and contemplation is interrupted to take a fugitive to safety, beyond the reach of authorities who may be compromised. The injured woman knows her name is Regina, but not why people were shooting at her. The journey to reach a friend in the FBI is complicated when Kathryn's illness requires frequent stops, permitting Regina's pursuers to nip at their heels.
When the mountains interfere with cell reception, and she can't stop long enough to make a call for help and advice, Kathryn has only her companion dog, her own wits, and prayer to depend on. Deception waits around every corner and Regina's attitude tests Kathryn's sympathy and her faith.
Learn more about Michelle's books at the Tabor Heights Today blog -- www.Tabor-Heights-Today.blogspot.com -- and the Living Proof blog -- www.MichelleLevigne.blogspot.com.

Posted by Michelle Levigne at 7:30 AM No comments:

Tabor Heights, Year One at OneTrueMedia.com

A new book trailer, giving thumbnail sketches of all the titles in Year One of the Tabor Heights, Ohio, Inspirational romance series, written by Michelle Levigne and published by Desert Breeze Publishing. www.Mlevigne.com and www.DesertBreezePublishing.com

Make a video - it's fun, easy and free!
www.onetruemedia.com
Posted by Michelle Levigne at 5:36 PM No comments:

Oh, Those Writers of Classics! 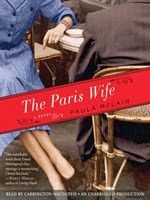 On our drive to South Florida to escape the cold North, we listened to a couple of audio books. It was a good example of how you can ruin a good story with a poor reader. Both books were read by women which was appropriate since the protagonists in both stories were women. The second book we listened to had a reader who read very slowly and dramatically--melodramatically almost as it came to the scenes that were suspenseful. When the tension built, she seemed to read even slower. I wanted to yell, "Get on with it already!"

The first book we listened to was very interesting. The Paris Wife by Paula McClain was fiction based on the relationship of Ernest Hemingway with his first wife, Hadley Richardson. They moved to Paris after they were married because it was the place where all the authors and artists were congregating. Stein, Fitzgerald, and a slew of others who were the breakout authors of the day gathered together and partied and wrote and argued over the right way to write. It reminded me of the film out a couple of years ago called Midnight in Paris and the visit we made to a place in Paris called the Shakespeare and Company Bookstore. The bookstore was originally run by a lady who allowed the now famous writers to use the upstairs rooms for their writing.

During those years, there was a lot of absinthe consumed. (Absinthe was the alcoholic drink of the times and was about 140 proof.) After about the tenth time the story mentioned drinking absinthe my husband chuckled. "Maybe you need to drink some."

Uh, I don't think so. One drink and I would be out cold. And I'm definitely no party animal. I do however enjoy gathering with my ACFW fellow writers. That's enough partying for me. And ice tea works just fine. 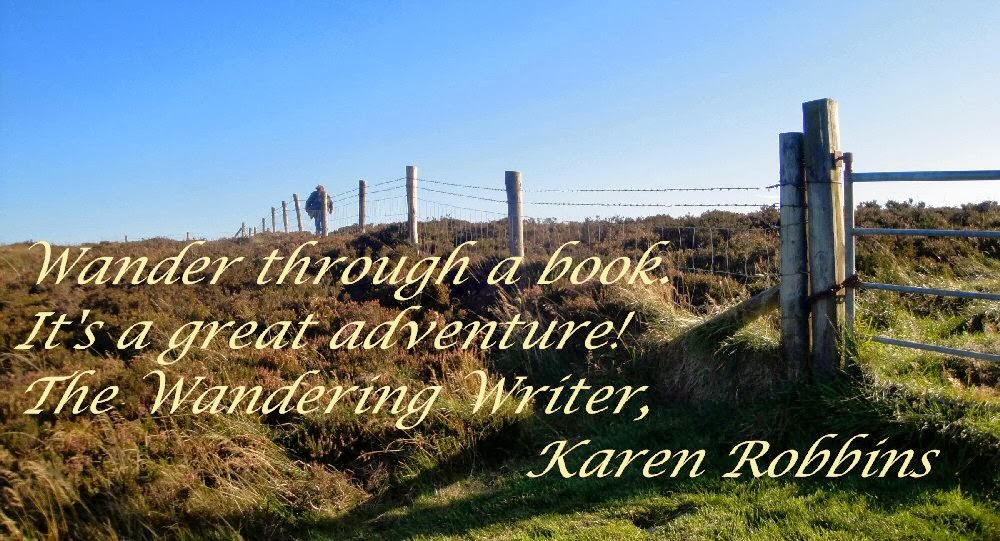 Posted by Wandering Writer at 12:02 AM No comments: